Active Music was established in March 2014 by Ruti Lachs. Ruti has been working in music education and community music in all kinds of settings, and with all ages, since...... well, since she was a teenager really....... but in County Kerry since 1998.
In January 2015, Ruti graduated from University of Limerick with a First Class Honours in her MA in Community Music.
She has an HDip in Arts (Music) from UCC, and a Diploma in Youth and Community Work (KDYS/UCC)
In August 2017, Ruti moved from Killarney to Cork city in order to follow her own creative path. She is continuing her music education and community music work in Cork. 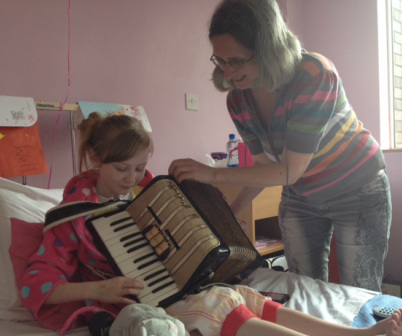 Ruti Lachs is an innovative, professional and experienced performer, music educationalist and arts facilitator, recently moved to Cork City after spending 30 years living in County Kerry. She has published two CDs of original songs, one for children (Stomping In The Woods) and one for adults (Sleeping People), and has an MA in Community Music from the University of Limerick. She has been performing her solo show Sideways, on Planet Piano, in various venues in Cork and Kerry since May 2017.

Her passion is to enable everyone to enjoy live music at whatever level they can. To this end, she has run music workshops, projects, and performances in numerous settings including hospitals, parent toddler groups, schools, youth centres, disability support groups, schools of music, nursing homes, festivals, and wedding parties. She teaches weekly piano and group music classes for all ages, and has taught regular Music Tots classes for young children and babies.

Ruti has entertained the general public by performing her original songs as a solo singer and piano accordionist, and playing piano accordion (and recently trombone) in jazz, funk, folk, and Klezmer styles with numerous bands including Rumpus, Quangodelic,FaBaRu, and The Fireflies. She is currently touring her one woman musical theatre show, Sideways on Planet Piano.

Ruti presented her MA research, Social and Language Benefits of Music in the Preschool,  at the Society of Music Education in Ireland conference in 2014. In 2016, she again presented her work Using Children's Literature as a Starting Point for Composition.

In 2016, Ruti was awarded an Artist Retreat grant from Kerry County Council Arts Office, and in 2017 she received a Creative Development Bursary to work on her one-woman show, Sideways on Planet Piano. 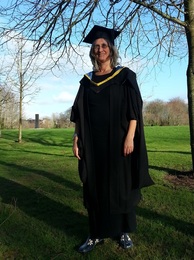